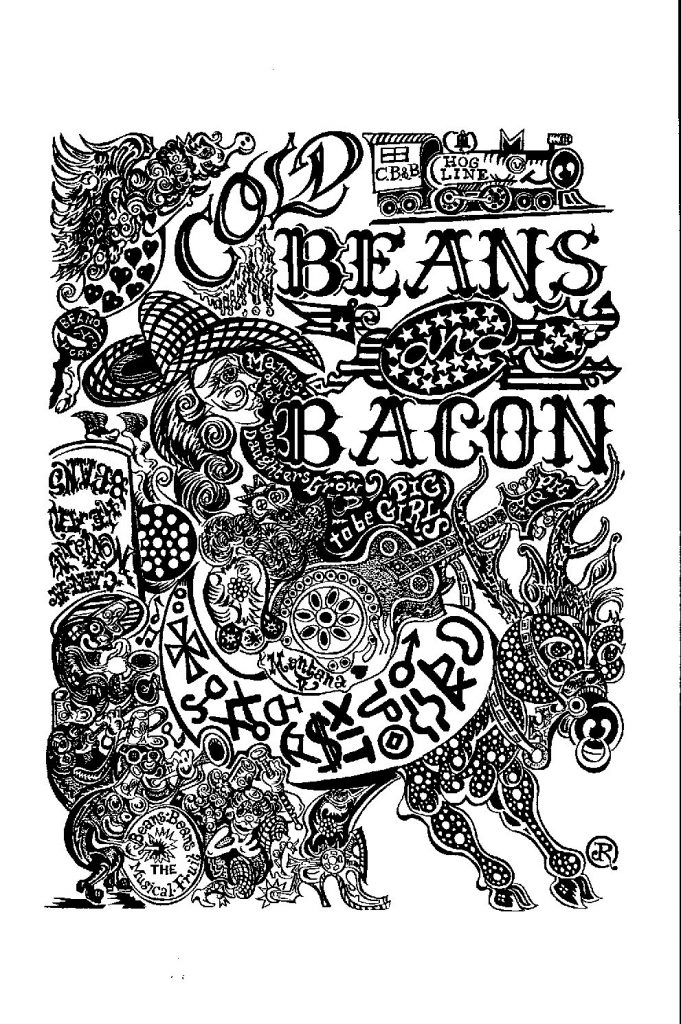 I first encountered Jay Rummel in the mid 1980’s. He would come into the Tropicana Cafe on Woody Street and play guitar and sing for a free breakfast and tips. I was the dishwasher there and was unimpressed.He was out of tune and obviously drunk. I asked the owner why she let him play there. She immediately lashed out at me “Jay can play here anytime he wants” and stomped off, leaving me to my pearl diving. I soon found out the why of two things. Turns out he was responsible for all the legendary black and white wood block print’s that were ubiquitous, in all the right places about town, and he was drunk and hungry at noon because he’d been up all night working on his art. Live and learn I guess.

Later on, after I bought into Circle Square, he was somewhat of a regular, being the store was right  between his old studio on Woody Street and his favorite watering hole, Charlie B’s on Higgins Ave. He would get the occasional small loan on unused instruments (I still have his Hawaiian Steel), and besides he collected comic books, (especially Tijuana Bibles) of which we had ample supply. I think I sold him a few pairs of cowboy boots as well.

We started to beg them, “Just write something! Pan it! Bad press is better than no press! We don’t care,we don’t like it either”. “Soon” they said, “soon”

It was approaching a year after the CD release when I got a call at Circle Square. “Hi. My name’s Jim Crumley and I’ve been hired to write a story about your band for The Missoula Independent. Would you mind if I come to all your practices and gigs for the next month”? Not at all, kind sir. Not at all. 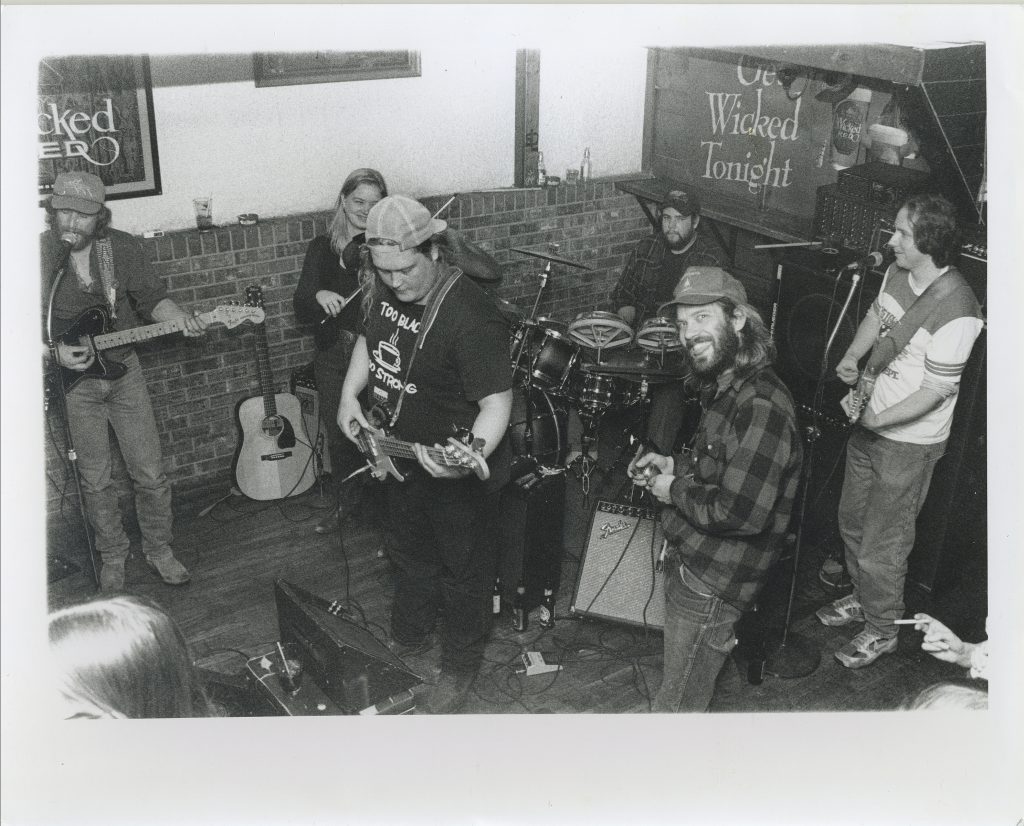 My old Band, Cold Beans n Bacon. I can almost judge how long someone has been around Missoula by whether they know me from the band or the store. This photo was taken by our pal Charley Lyman in 1996, and is one of my faves. 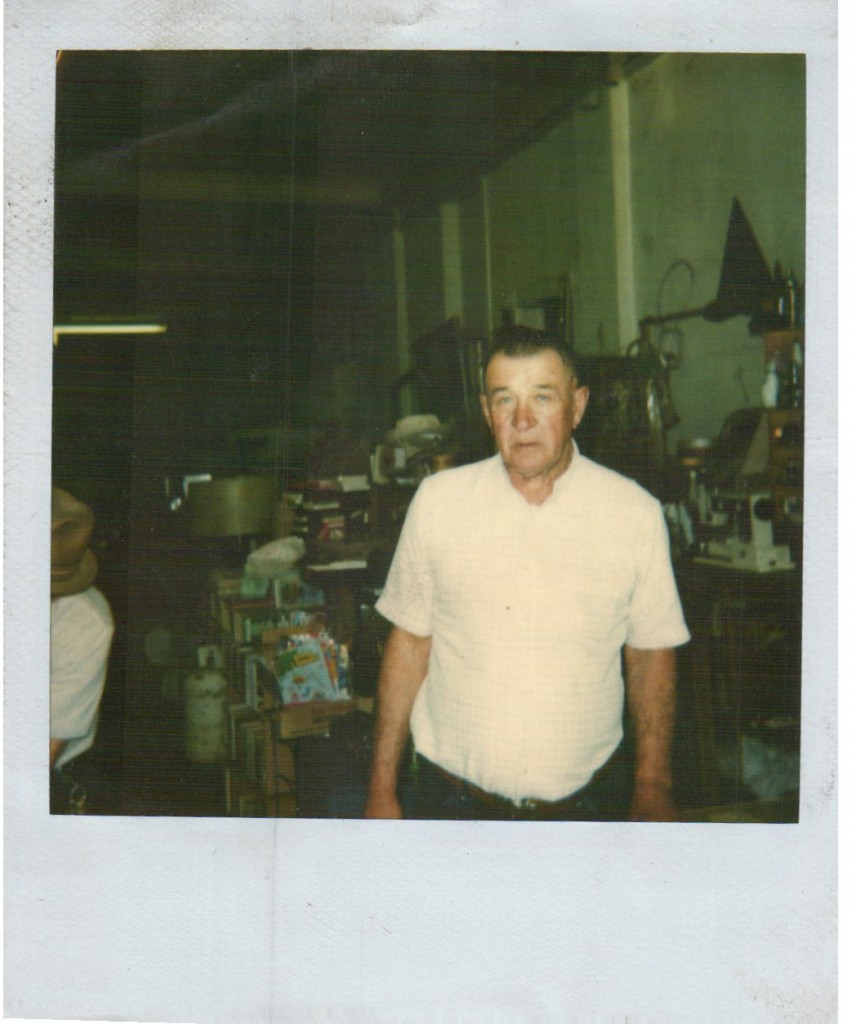 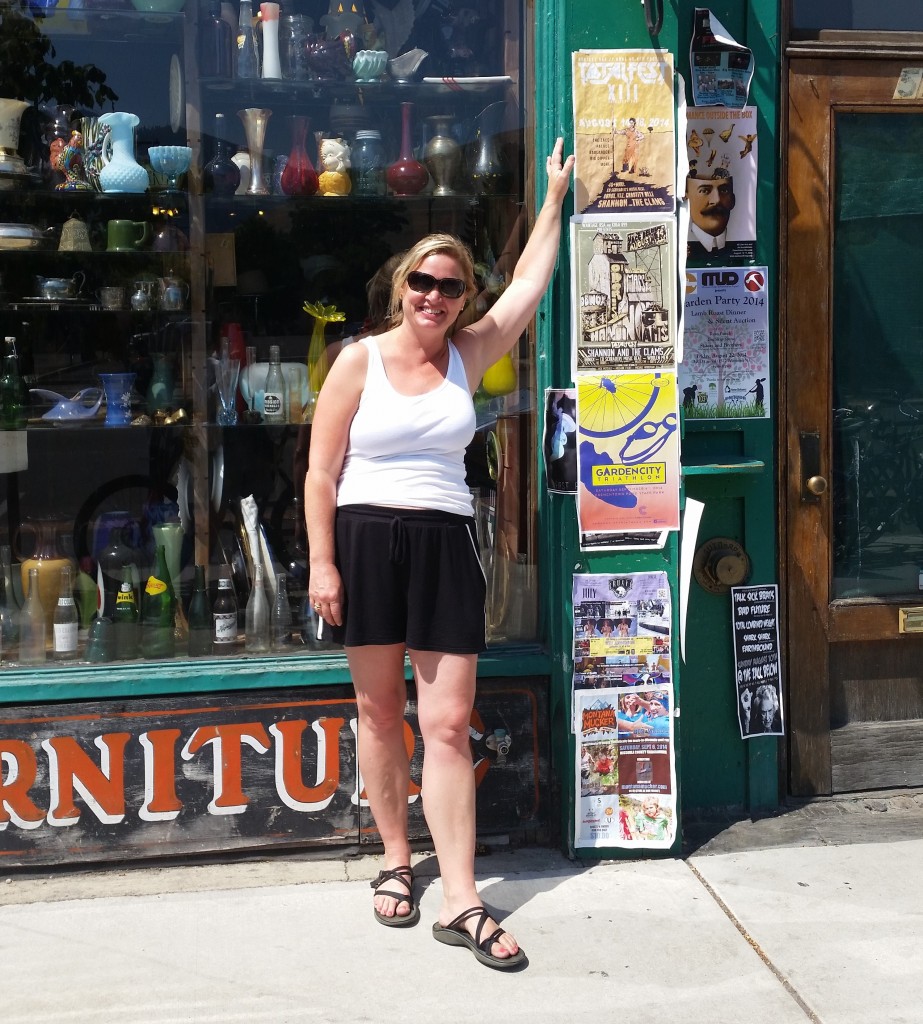 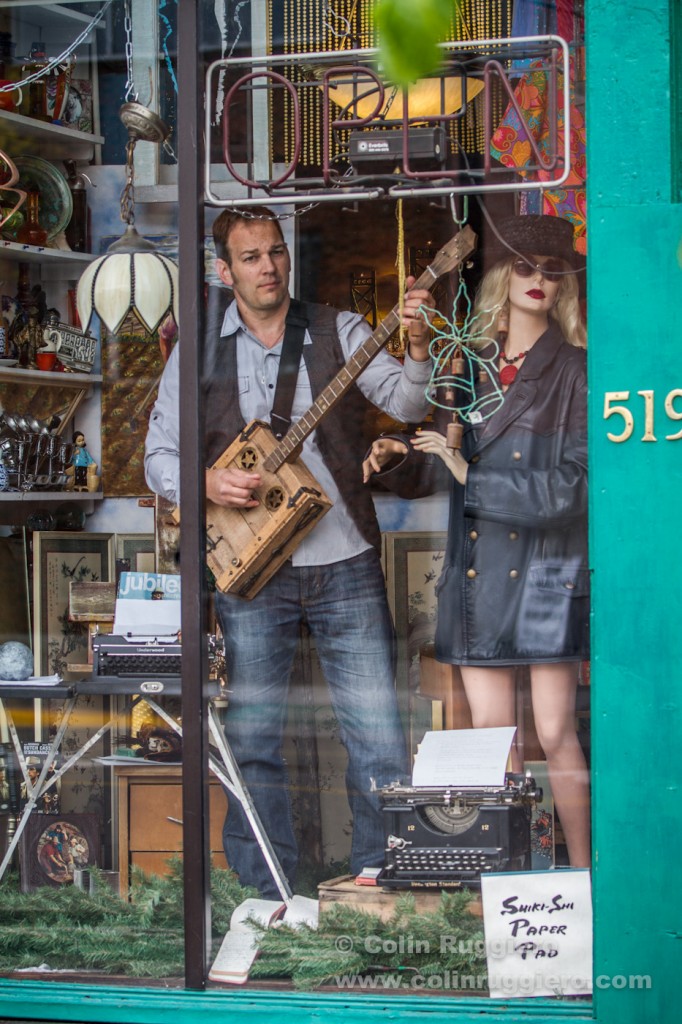 An itinerant musician performs a duet with Gladys. 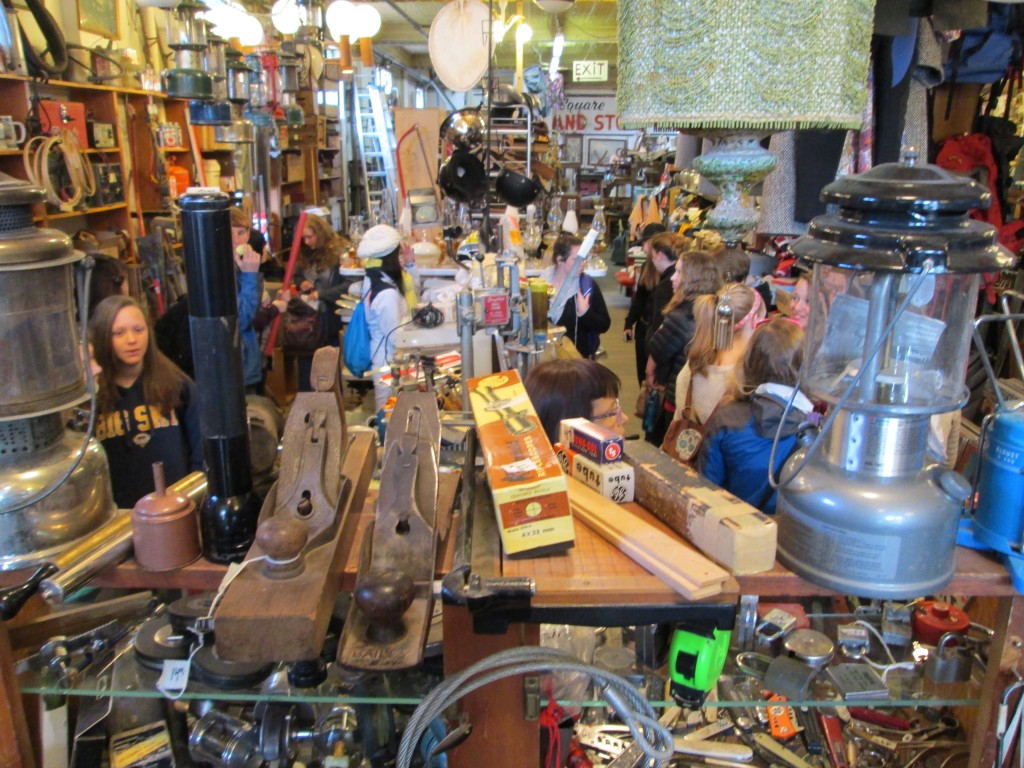 Usually if someone calls and want’s to bring 25 or 30 teenagers( who are not  going to spend a dime,) to my store, I’d be rather leary. But when Montana’s  Poet  Laureate, Sheryl Noethe, called and wanted to bring  her high school  poetry students to the  store for a reading, it was a no brainer.  Not only do I have a love of poetry, but Ms. Noethe and Circle Square have some history. In 1995, PBS made a film of her poem “Goodwill Thrift Store, Missoula”  with Circle Square sitting in for the, by then ,defunct downtown Goodwill. So it was super cool to have her come back and read the poem “in situ,”  and teach the student’s how any object or happening can be the genesis of a poem. 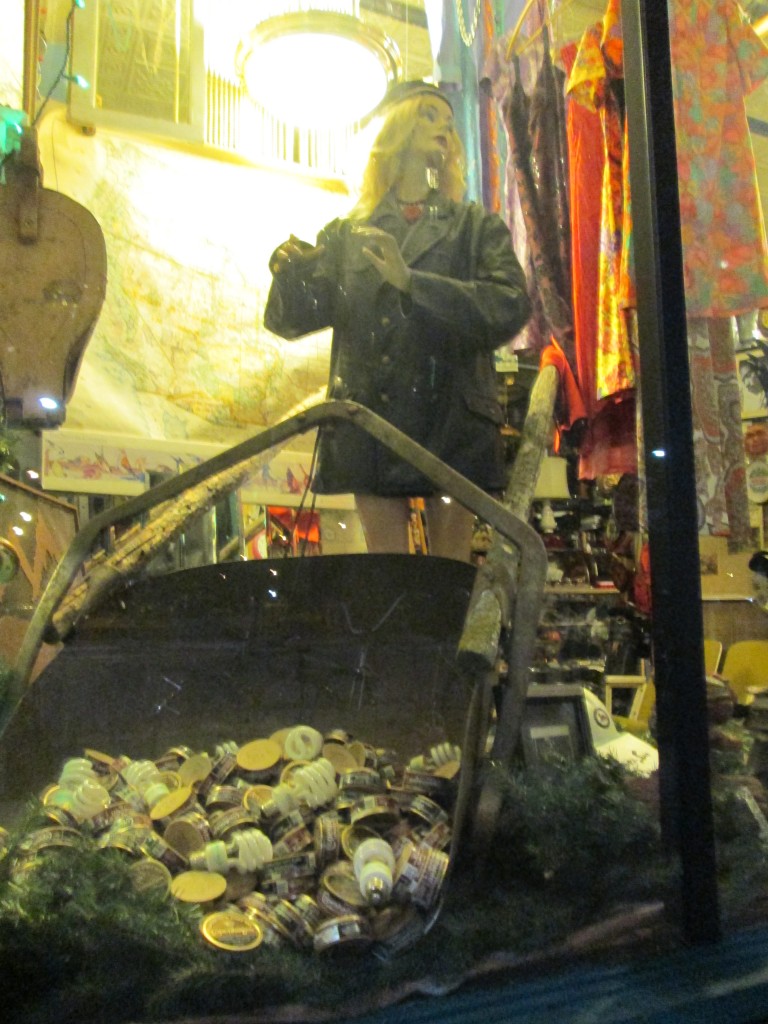 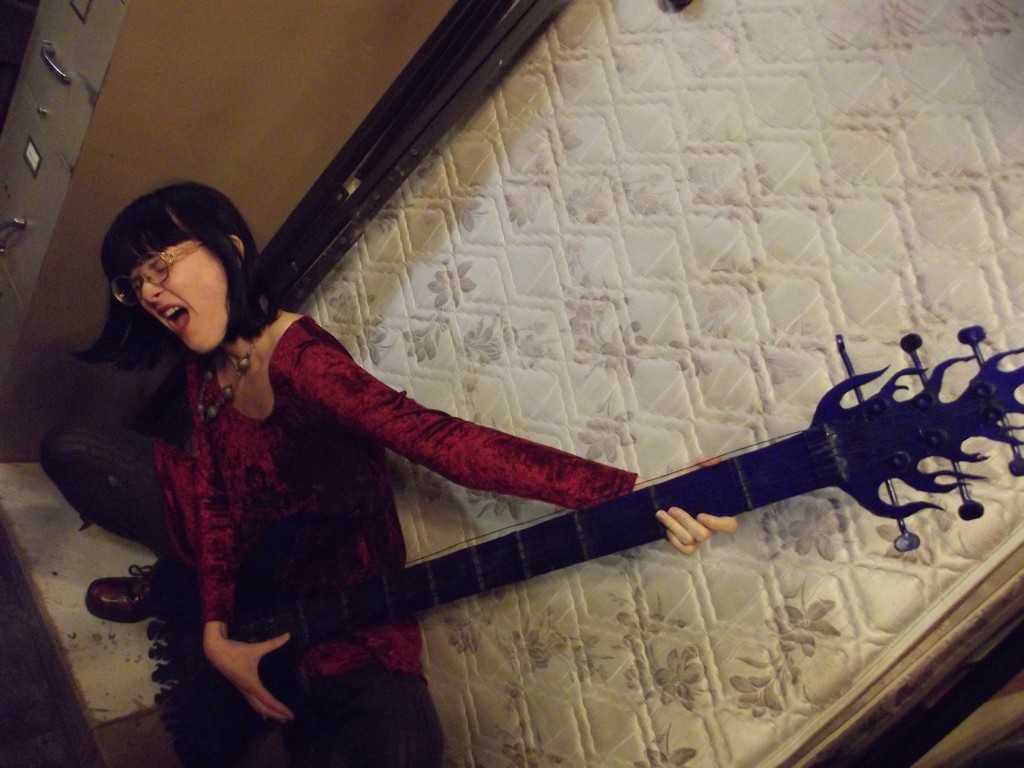 Our mystery shopper rocks out in the circle square.  photo by Raven Sankey 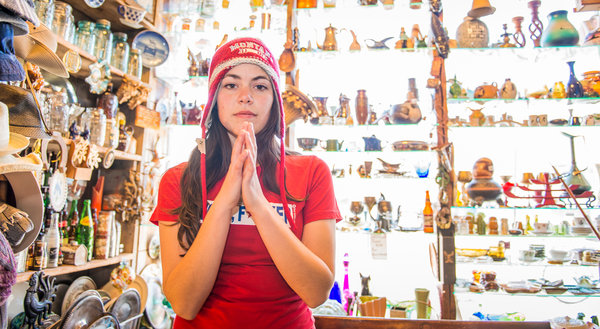 Photo by Tony Demin for the New York Times

Got an email from my son Luke to check out this article in the New York Times about politics in Montana. Wait a minute, thats the front window of the store! Sweet. Unfortunately they didn’t give the store a plug but still very cool. I remember the girl and thought the guy taking pictures had an awfully nice camera. The hat is off the rack from circle square and what you can’t see is her teeshirt says VOTE F*#ckers.

A brave shopper peers into the square. 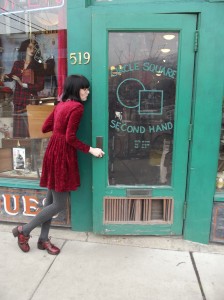 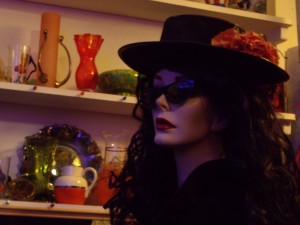 Gladys rings in the new year in style, sporting vintage ray ban playtimes,  up for auction on ebay.

If you have questions or comments, just post them below.

We’re old and a tad tattered, but folks still like to take photos of the Circle Square. It’s a Missoula landmark. Here’s a slideshow of images from Flickr.

And here’s a gallery of images that we took ourselves.